The Cincinnati Chapter of the Sons of the American Revolution (CCSAR) attended the first Honor Flight of the fall on September 24, 2019 at the CVG airport in Greater Cincinnati. After an hour flight delay the plane landed just before 9 PM with 85 Veterans from WWII, Korea and Viet Nam plus Cincinnati TV news people. Although very tired to a man they all reported the day in Washington, D.C. was a wonderful gift and they had a great day.

Once again, when the veterans exited the flight departure corridor the awaiting crowd of hundreds burst into a fanfare of applause that resulted in smiles on those tired faces.

Among the well wishers were CCSAR members Gerald Knight, Michael Blum, George Stewart, Bob Bowers and Michael Gunn joined by members of KYSAR, KYDAR, members of the American Legion and many others.

Such a worthwhile program to recognize those who’ve served these United States of America, God Bless America! 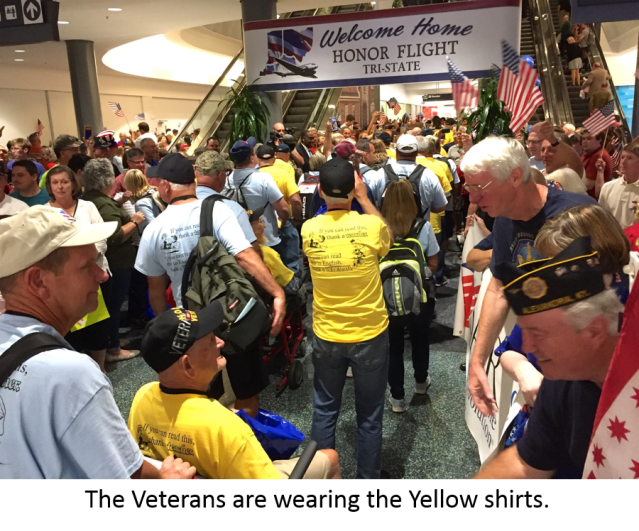