Cincinnati SAR compatriot and former Ohio Governor Bob Taft was joined by Compatriots Bob Bowers and Jack Bredenfoerder to welcome 31 new citizens who were sworn in at a ceremony on Friday, May 24th at the National Historic Taft Home in Mount Auburn, Cincinnati, Ohio. The National Historic Taft Site was the home and birthplace of our 27th U.S. President William Howard Taft. President Taft was also our only U.S. president to serve as the chief justice of the U.S. Supreme Court. Governor Bob Taft is the President Taft’s great grandson. Governor Taft stressed that we are a nation of immigrants and that the diverse contributions of our immigrant ancestors and our current immigrants are what continue to make our democracy innovative and great. He thanked all the new citizens for pursuing the American dream.

Magistrate Judge, the Honorable Karen Litkovitz presided. After a roll call of the applicants and the petition for citizenship, Judge Litkovitz approved the applications. The applicants were then sworn in by Naturalization Deputy Emily Hiltz. The new citizens received a warm applause from all those present. Judge Litkovitz went on share the story of the immigration of her two grandparents from Italy. She then introduced several local dignitaries. Representatives from U.S. Senators Sherrod Brown and Rob Portman brought greetings. Members of the League of Women Voters helped the new citizens complete voting application cards. Members of the DAR, SAR and the Red Cross were also introduced. The ceremony ended with the Pledge of Allegiance.

After the ceremony, Cincinnati SAR Immediate Past President Jack Bredenfoerder presented Governor Taft with an Ohio Society SAR Challenge Coin. The presentation of the naturalization certificates were then made by judge Litkovitz and many commemorative photos were taken in front of the Taft home. The new citizens were truly thrilled to celebrate such an important occasion at such a remarkable and historic site. Welcome citizens! 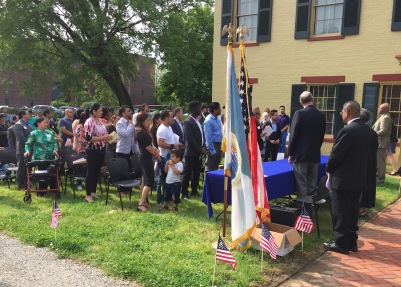 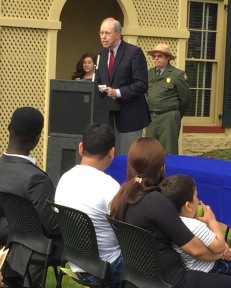 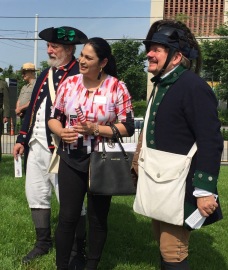 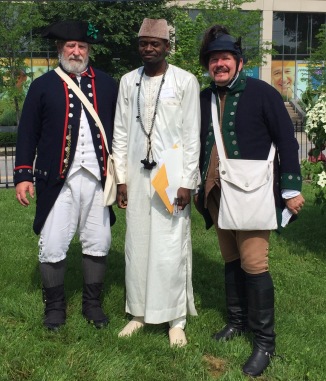 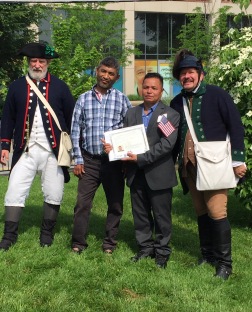 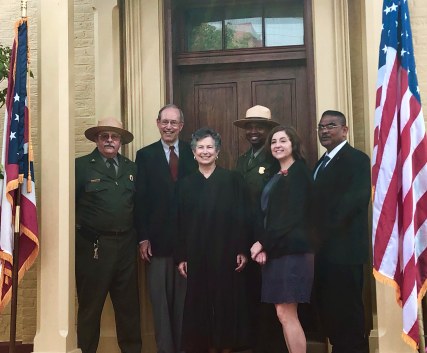 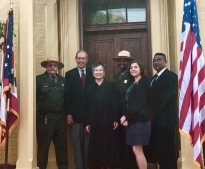