President Harrison exemplified the finest of personal characteristics serving his country in several different ways as a military officer, a territorial Governor and after a well earned retirement agreed to serve as President of the United States of America. A commitment we seldom see now more than 175 years later and well worth our double volley from six flintlock weapons. An appropriate honor President Harrison would recognize and appreciate in his time.

Pictured here are members of the Nolan Carson Memorial Color Guard of the Cincinnati Chapter of the Sons of the American Revolution in their role of event Color Guard for the Annual Memorial of President William Henry Harrison at his tomb in North Bend Ohio. 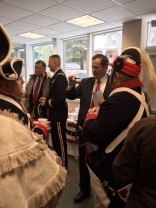 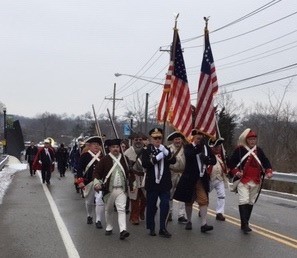 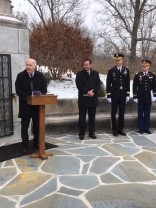