Representatives of Cincinnati area SAR, DAR, C.A.R., and the American Spirit Education Alliance presented a series of American History presentations to several area home school families at the Grace Bible Presbyterian Church in Sharonville on Saturday, April 28th. The program started with the posting of the Colors by the Cincinnati SAR Nolan Carson Memorial Color Guard commanded by Turner Lee Wilkerson III. The assembly pledged allegiance to the US Flag and then sang the US National Anthem.

After the presentations, the attendees visited the many historical displays offered by the American Spirit Education Alliance and the Cincinnati SAR. Photos were taken with the many historically clad presenters and re-enactors. Overall, the day was a very patriotic and inspiring immersion into our nation’s great heritage and history! 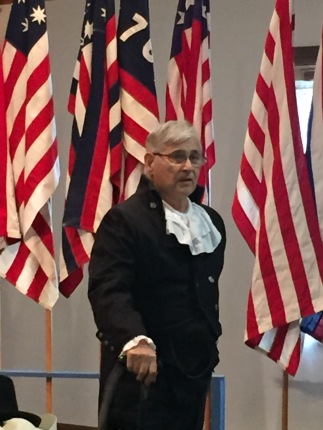 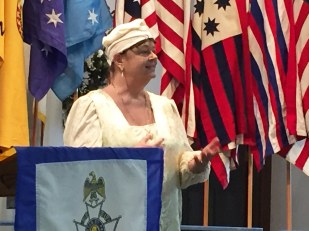