The Cincinnati Chapter, Ohio Society, Sons of the American Revolution was organized March 14, 1896 in the office of Honorable James Fassett Follett, with fifteen members. These are short biographies of our chapter’s first two Presidents.

George Kinsey
He was a prominent steel broker in Cincinnati, Ohio. He was born in Newark, New Jersey, December 25, 1848 and died October 12, 1932. He married Miss Martha Jane Humphreys in 1873 and they had six children. They lived in a stately house in Wyoming, Ohio. He was one of fifteen charter members of the Cincinnati Chapter S.A.R.. He was a loyal and energetic worker and was elected the Chapter’s FIRST PRESIDENT. His Revolutionary War ancestors were Lieutenant Samuel Kinsey and Private Jonathan Ingham of Pennsylvania. He is buried at Spring Grove Cemetery. (no photo found for George Kinsey)

Professor John Uri Lloyd
In his time he was probably the most famous citizen of Boone County, Kentucky. Professor Lloyd was one of America’s most influential pharmaceutical pioneers and scientists. He was also a pharmaceutical manufacturer, teacher, author, and library founder. He was born in upstate New York on April 19, 1849 and died of pneumonia on April 9, 1936. On December 27, 1876 he married Adeline Meader and they had three children. In 1887 he was elected president of the American Pharmaceutical Association. He was elected president of the Cincinnati Chapter in 1899. He wrote novels set in northern Kentucky. His most popular novel was the science fiction “Etidorhpa”, about the end of the earth, the strange history of a mysterious being and the account of a remarkable journey (1895). It is in its eighteenth edition and still widely read in Europe. He and his brothers founded the Lloyd Library that you can still visit today in Cincinnati. He is buried in the Hopewell Lutheran Church Cemetery, in Boone County, Kentucky. 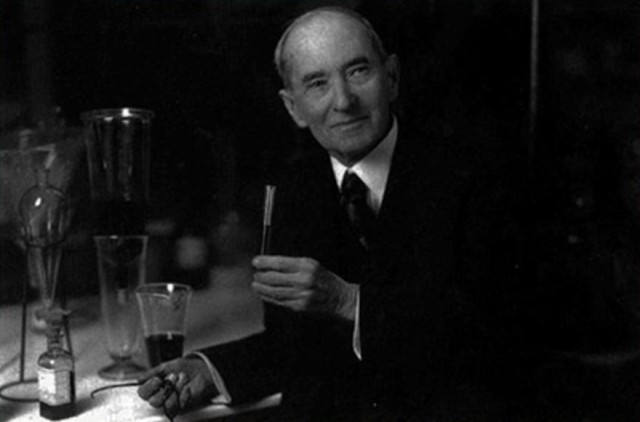